Interview with Giulio Pietrantonio Giulio currently works at LMRE as a PropTech recruitment consultant with a focus on Southern Europe. LMRE brings together talented professionals and innovative Proptech companies globally He is interested in PropTec...

END_OF_DOCUMENT_TOKEN_TO_BE_REPLACED

Housell has become the new partner of Floorfy and its state of the art technology. This real estate agency sells its assets using a virtual tour that offers its clients the possibility of viewing countless flats without needing to visit them in person.

The time in which it was necessary to meet agents in the sector and travel to different locations to know the details of every property are a story of the past. With a mobile, a table or a computer, the process of finding a new property is nowadays much more comfortable and simple.

Housell is a start-up created in 2017. Unlike other real estate agencies, Housell was created with the goal of breaking conventions in the sector.

Guillermo Llibre is in charge, heading a team that works on the premise that the selling and buying of properties should become something fast, simple, transparent and economical. This is what this firm, which has experienced rare growth in the few years it has been in operation, has declared.

This is demonstrated by the figures that track its progress so far:

- In just 2 years, it has managed to quadruple its turnover
- The number of customers has now reached 10,000
- Its opening took place in Madrid, but it is now has a presence in 50 cities all over Spain
- While the Spanish capital has a workforce of 55 professionals, throughout Spain the number of experts working on the ground level exceeds 80.
- The average number of days it takes to sell a flat in Madrid is 43

These figures make clear the strong performance of proptech, which has consolidated itself as leader of sales in Spain. It waives commission fees, which are a significant expenditure for those wanting to sell a property, and in its place puts forward a plan which costs just less than 1000 euros.

This start-up is characterized  by the increased satisfaction of its clients, and the technological advantages that it has gone about incorporating. This ranges from its own app, equipped with a chat feature so that clients can negotiate between themselves without intermediaries, to virtual tours in 3D and the latest marketing tools.

This desire to integrate state-of-the-art technologies into its operation has led the company to sign an agreement with Floorfy. This is how the 360° virtual visits came to form part of its offering. Potential clients will have the opportunity to view the inside of different real estate, as well as to reserve them for purchase via the Internet. They will also have the chance to request the involvement of an agent during the virtual connection.

This technology makes it possible to multiply exponentially the number of visits to every property. It also increases the number of qualified clients.

Digitalization makes its mark on the real estate sector

The year 2020 will go down in history for being the year of digitalization of a wide range of sectors. In the case of real estate, it is undeniable that businesses cannot forget about the internet. This trend became clear, as is already know, during the coronavirus lockdown and its subsequent de-escalation, but remains important even after this period.

In the future there will only be two types of businesses: those that have a presence on the internet and those, by refusing to do so, have ceased to exist. It is urgent, therefore, to carry out a digitalization like Housell have set in motion since its formation. Thanks to Floorfy, this endeavour will result, without a doubt, in success.

FLOORFY provides virtualization solutions for real estate agencies, allowing them to digitalize their property portfolios. From a simple 3D photograph, we can automatically generate virtual tours, floorplans and 3D renders, amongst other tools which enrich a property listing. 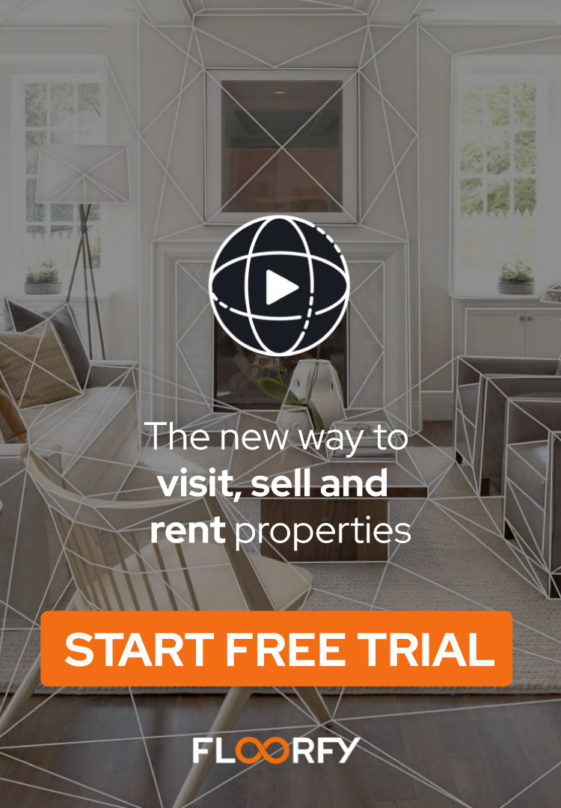 Partnership Wasi and Floorfy At Floorfy, we are super proud to add Wasi to our established partners! Wasi is the platfor...

END_OF_DOCUMENT_TOKEN_TO_BE_REPLACED

The real estate software developers SBInmo have signed a strategic alliance with Floorfy, thanks to which they will be a...